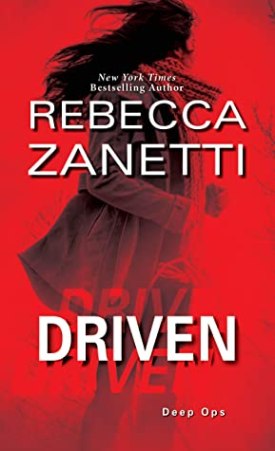 Unswerving: Angus Force is determined to hunt down the serial killer he’d once shot dead–or so he thought. But an anonymous source reports that Lassiter is alive. Force hasn’t slept since, knowing it’s only a matter of time before “the Surgeon” strikes again. And soon, a body is found, bearing Lassiter’s same maniacal MO. It’s just the beginning of a murderous trail blazing through DC and Virginia, right to Force’s backyard…

Unstoppable: Nari Zhang is the shrink for the ragtag Deep Ops Unit, though she isn’t Force’s shrink–which is a very good thing. Because once they’re thrown together on the case, their attraction is explosive and irresistible. They’ll just have to fight that much harder to keep the heat between them from flaming out of control. But things are about to become far more challenging, and deadly, than they could have imagined…

Unhinged: Once the killer catches a glimpse of Nari, she becomes his new obsession. She is now the focus point–for both Force and Lassiter–in a dangerous dance for survival…

Grab something and hold on tight. Driven is a crazy, bumpy ride that will keep you on the edge.

It’s a very fine line between determination and obsession for one of the best profilers the FBI has ever had. Angus Force is intense. He’s got a darkness in his past that he’s carried to his present and uses it as a driving force. Losing his sister to a serial killer has him messed up. As it would anyone. The guilt kills him more and more each day, turning him to the bottle and trying to keep those around him at an arm’s length. Yet one gets under his skin in just the right way. When what should be a dead man starts hitting too close to home again, Angus holds no bars and revs up to get him once and for all. Even if that means walking away from everyone.

Nari is a primo shrink who could have just about any job she wanted, yet she is getting down and dirty with the bad boys.  She’s observant ,smart and remarkable at what she does. Even being at odds with Augus she is completely committed to being a part of the team.  When the going got tough she was one of the first to just in the fire.

Angus makes her head spin, yet she can’t help what she feels. Even putting herself on the line to make everything right in the end.

Angus and Nari are as explosive as the situation is dangerous. Driven is one of those books that has you sitting on the edge of your seat, clenching your jaw, scrambling to turn the page to see what’s going to happen next kind of book. Rebecca Zanetti grabs readers hard with Driven.  Filled with action, suspense, delicious sex tension, some emotional fueled romance and even a bit to make us laugh.  The characters are strong yet broken(in different ways) determined to do what right and finding a way to heal some too.Driven is a tangled mess with emotions driving in the lead and I loved a minute of it.