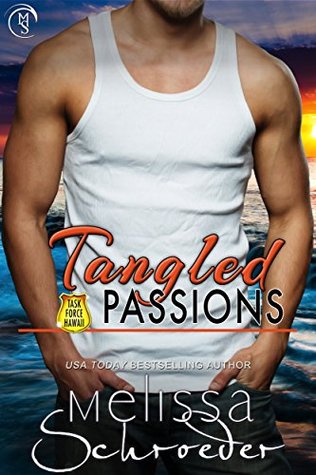 The last person Drew Franklin wants to work with is Cat Kalakau. Their history makes it difficult being in the same room, let alone being joined at the hip during a case. Months ago, they’d shared a night filled with romance and a bit more, but that ended after he was shot. Since then, even their friendship seems to have fallen apart. But he will do his job, even if spending more time with her is killing him.

Working with Drew every day reminds Cat she’s to blame for his injury. It doesn’t matter that she wants him more than her next breath, or that every time he looks at her she melts into a puddle of lust. She needs to resist her own desires to protect him as they hunt a serial killer targeting wealthy men signed up for dating services.

Soon though, their time together proves to be too much. One fight leads to a kiss, which leads to so much more. Neither of them is prepared for the overwhelming need they have for each other or the connection they seem to have. But when Cat realizes Drew is the object of the killer’s obsession, she will do anything to protect him even if it means sacrificing her life for his

Tangled Passions, the fourth book of Melissa Schroeder’s Task Force Hawaii series, is a humorous, sexy and emotional read that has you guessing until the end.

Cat and Drew’s story was highly anticipated for me. These two have been playing at a game of sexual tension for many books now. Cat is a strong woman with an even bigger personality. Drew is one of those rare, hard to find, good men. The chemistry these two create is more than intense. Denying their feelings has only made it worse. Seeing them finally give in to the attraction and feelings, wanting something more than a night or two, was magical.  Cat and Drew are intense, in every way. Their personalities are big, they’re passionate scorching. They truly to make the perfect couple.

Melissa Schroeder takes the reader to paradise once again while keeping them guessing with the turn of every page.  Perfectly blending romance and suspense, in a setting that is absolute breathtaking, while keeping the reader on their toes with the plot that’s turning. Tangled Passions is well worth spending a few hours in Hawaii.  Suspense done right and steamy hot passion, 5 Stars!!!!

A copy of this title was provided for an honest review.