Skye’s New York Times bestselling novels are all about enjoying that little wild streak we all have, but probably don’t let out often enough. About those fantasies we usually don’t get the opportunity to indulge. About stretching limits, checking out the dark side, playing naughty and maybe even acting a little wicked. They’re about escape and fun and pleasure and romance. And, yes, even love, because Skye is ultimately a romantic at heart and a happily ever after kinda gal. Skye also writes romantic suspense as Joan Swan, weaving fast paced novels of passion, danger and suspense.

Skye is a California native recently transplanted to the East Coast and living in Alexandria, Virginia, just outside Washington DC with her husband of 25 years. She has two grown daughters in college in Colorado and Oregon. In her free time she loves rowing on the Potomac. She’s always learning, attending courses and seminars in art and history and cooking.

Newly divorced, Avery Hart returns home to Wildwood eager to take on her dream opportunity and transform her family’s dive bar into her own bakery. The contractor for hire isn’t just a master with his hands—he’s big, built, and wears a tool belt like nobody’s business. Despite being an ex-con, Trace Hutton is irresistible. Too bad he’d never go for someone as inexperienced as Avery.

Trace needs to focus on the job at hand, not daydream about smearing icing all over the sexy baker…and licking it off. This job is the key to getting his construction company back on its feet after his time in prison. Besides, no one deserves a fresh start more than Avery, and she certainly won’t get that with him.

After a delectable night of passion (and pie), Trace craves something more. But he’ll be damned if he’ll let his checkered past crush her dreams. And as Avery starts to realize how Trace fulfills more than just her physical needs, she struggles with whether to let her history decide her future, or explore the wild new possibilities of forever…

Check out the other books in the Wildwood series:

Just because you love someone doesn’t mean you can trust them.

Devon Stryker is a man with no past—not one anyone can dig up that is. His made up identity has kept him safe from everyone, except one woman. Five years earlier he let his guard down once, one night of unforgettable passion. He has yet to get her out of his mind. When he thinks he sees her in Seattle, he becomes obsessed with finding her.

Alicia Hughes hasn’t forgotten Devon either. She had been on assignment from MI-6 to find him. Since he disappeared, her life has fallen apart. When she comes face to face with the one man she loved—and the one she fears the most—she panics. When he catches up to her, he finds the woman he has always loved—and the child they made together.

As the old lovers form a tentative alliance, the feelings they both had for each other rise to the surface. They have to let those things go to protect everything they hold dear in the world because someone is intent on destroying them…by any means possible.

WARNING: This title includes secrets, guns, a sexy know-it-all hero, spies, a heroine who doesn’t trust the hero, meddling inlaws, even more spies, double crosses, cool computer things, and two people who can’t seem to keep their hands off each other even though they know it isn’t the right thing to do. 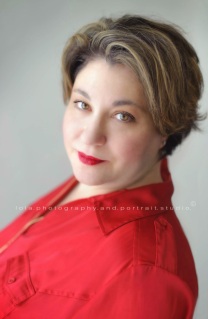 From an early age, USA Today Bestselling Author Melissa loved to read. First, it was the books her mother read to her including her two favorites, Winnie the Pooh and the Beatrix Potter books. She cut her preteen teeth on Trixie Belden and read and reviewed To Kill a Mockingbird in middle school. It wasn’t until she was in college that she tried to write her first stories, which were full of angst and pain, and really not that fun to read or write. After trying several different genres, she found romance in a Linda Howard book.

Since the publication of her first book in 2004, Melissa has had close to fifty romances published. She writes in genres from historical suspense to modern day erotic romance to futuristics and paranormals. Included in those releases is the bestselling Harmless series. In 2011, Melissa branched out into self-publishing with A Little Harmless Submission and the popular military spinoff, Infatuation: A Little Harmless Military Romance. Along the way she has garnered an epic nomination, a multitude of reviewer’s recommended reads, over five Capa nods from TRS, three nominations for AAD Bookies and regularly tops the best seller lists on Amazon and Barnes & Noble.

Since she spent her childhood as a military brat, Melissa swore never to marry military. But, as we all know, Fate has her way with mortals. She is married to now retired AF major and is raising her own brats, both human and canine. She spends her days giving in to her addiction to Twitter and spends her days thankful for their new home and the short trip to Wegmans.