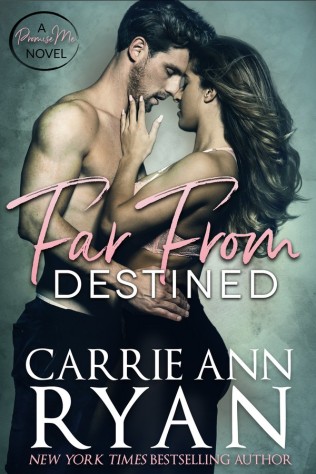 New York Times and USA Today bestselling author Carrie Ann Ryan continues her sexy new contemporary stand-alone series with a broken heart and the shattered soul that can heal them both.

Macon Brady remembers every moment he lay on the ground, a bullet in his chest, his life bleeding out with each pulse. Yet his nightmares aren’t the only thing keeping him up at night.

Dakota Bristol left her ex with nothing but the clothes on her back and her child in her arms. She’s been hurt before and wants nothing to do with the shadows in Macon’s eyes. The problem? Her son loves him, and the more time she spends with the man, the more she’s afraid she’ll come to love him just as much.

Danger always comes back to haunt those who run. It was a lesson Dakota learned before. Now, it might be the man she refuses to fall for who makes the greatest sacrifice of all.

A pact and a promise……

Macon almost lost his life helping a friend and would do it again in a heartbeat. Yet the aftermath of being shot has very much messed with his head. He finds an unconventional way of dealing with his stress. It may not be the best choice but he is trying to work out his head.  Dakota left her past with the clothes on her body and her baby on her hip, never to look back. Hard work and perseverance have allowed her to become a small business owner and provide for herself and her son. Unfortunately the past doesn’t always stay in the past and came knocking right on Dakota’s front door.

Dakota and Macon have had this like to hate, can’t figure out what their feelings are for one another dance going on for awhile. Macon has even won over the heart of her precious baby boy. Yet Dakota’s past keeps her so guarded towards men, she doesn’t want to hurt herself or her son. Were they really looking for a relationship, no not at all but some way they were able to find something meaningful and deep and let the dance they have been avoiding begin.

Far From Destined is an emotional and heart hitting story in the Promise Me series. Macon and Dakota work so well together. I enjoyed their slow burn romance. Turning something deemed as fake into something very real. They were a team before they even realized it. The brooding veterinarian and the coffee shop momma make one emotionally entertaining read.