After years of struggling, Haven Daly has finally accepted that she’s nuttier than a fruitcake. Why else would she see visions of a beautiful but tormented male every night . . . and actually believe she can talk to him, even feel his touch?  But thanks to those dream journeys, she can paint images nobody else on earth can duplicate. In each brush stroke, she captures the blatant masculinity and raw desire in his eyes that promise he’s coming for her…and soon.

She’s the light that keeps him going. . .

Quade Kayrs has already suffered a lifetime of pain and torture. Completely isolated, he kept his sanity  thanks to one beautiful female, a vision with kind emerald eyes. In the end, her soft voice led him out of hell. Now, naked and alone, he’s in a strange world that bears little resemblance to the one he left behind. All he knows is Haven.  All he wants is Haven.  His final mission? To protect her from the evil hunting them both—whether she likes it or not . . .

Quade Kayrs has spent more than a few lifetimes living and dying in pure hell. The only thing that seems to keep him going are those few moments, those glimpses of a beautiful woman invading his realm.  Haven Daly thinks she’s crazy but unique is a more appropriate way to describe her. A fiercely independent woman, an amazing artist and a girl on the run.

Driven by visions and a pull Haven and Quade start the wheels of motion on something that makes epic look small.  Through an action packed, fast paced, dangerous story Haven and Quade build a sexual tension that practically just off the pages. The banter between these two is top notch.  Their chemistry is intense as is everything else going on in the book. The depths they easily went to for one another made every bit of craziness so worth.

Hero’s Haven is a true on the edge of your seat read. Once I started, I couldn’t stop reading until I was done.  Strong characters and fabulous world building are just the start of why I enjoyed. The action scenes are spot on and engaging. And let’s just say those hot moments are definitely on fire. Ms. Zanetti kept Haven and Quade’s story moving yet nothing felt rushed or unnatural for the story. A true heart pounding, blood pumping read. 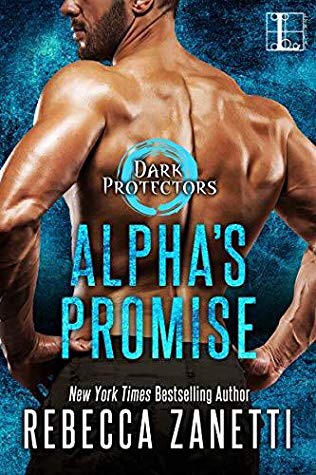 Though he has vampire, demon, and Viking blood rushing through his veins, Ivar Kjeidsen’s soul-crushing trip to hell broke him in ways he can barely fathom.  One vow keeps the deadly immortal standing: To rescue the vampire brother who had sacrificed freedom for him.  To do that, Ivar needs the help of a brilliant physicist with wary brown eyes, fierce brilliance, and skin that’s way too soft.

Dr. Promise Williams understands the underpinnings of the universe but has never figured out the human beings inhabiting it.   Her function is to think—and not feel—until she’s touched by a vampire who’s nowhere near human. The primal hunger in his eyes awakens feelings in her that defy calculation. As she shows him the way to step between worlds, he brands her with a pleasure that could last more than a lifetime . . .

Ivan Kjeidsen make the average person shake in their shoes. He is a vampire-demon hybrid after all. Having seen hell with his own eyes leaves Ivan not quite right. He may be damaged in ways but not broken. Ivan made a promise, that is his driving force. The man is primal and determined. Not to mention sexy and hard headed, like many of the alpha that we love. Ivan sets himself on a mission to save a friend and in turn gets blindsided by something he didn’t see coming.

Promise Williams trusts numbers and science. Facts, that can be explained and seen. It’s a matter of logic. She was raised not to feel only to think. Mathematics is her world. A very lonely kind of world.  Promise is beyond smart. Dr. Williams is an extremely talented physicist who just may hold the knowledge to be able to travel to worlds not her own. Promise is a bit quirky and takes some time to get used to, however in the end I truly enjoyed her character.  Don’t let the smarts fool you Dr. Williams has some sass and spunk.

Ms. Zanetti rocked it hard with Alpha’s Promise. Excellent world building, great story, intricate plot and deep characters. Promise and Ivan get pushed into each other’s worlds and get more than their asking for. A talent physicist teaming up with a vampire-demon hybrid who on a mission to keep a promise and protect something precious.  I very much enjoyed the banter between these two and the way the played to each other strength. They captivated this reader! Now I would like to note that I have not read every book in this series, but I was able to follow along with the overall plot of the series fairly well. I will also say I could tell I was I miss out on something but that didn’t take away from the story of Alpha’s Promise. It just makes me want to go back to the beginning of the series and learn more of this world and the interesting characters within it.

People will think I’m crazy when I say I have not read many books by Ms. Zanetti.  Yes, I know. I’m smashing myself on this one. Paranormal is what brought me into the world that is Romance reading. Ms. Zanetti checks off everything I love in a paranormal while delivering a story that keep you going until the end. Alpha’s Promise is a fantastic read that I highly recommended.

Netgalley provided an ARC for an honest review.