As the daughter of addicts, Alissa Ross is determined to break the cycle for herself and others like her. After years of following a set of carefully laid plans and working a demeaning job to save enough money, her lifelong goal of attending law school is almost within reach.

Alissa believed that love was out of the question for her…that is until the day Carter Smith moves in to her apartment building. From their first meeting, there’s an undeniable connection between them, and Alissa slowly begins to trust that it’s okay to hope for happiness in her life. For once everything is looking up, but as she has learned all too well, when something seems too good to be true, it usually is.

Will Alissa be able to trust the man who has everything to gain from destroying the only thing she’s ever wanted, or will she
accept it is better never to hope?

The cold tile floor on which I sat sent chills through the thin material of my robe to my nearly bare skin, and the cinderblock walls holding me upright were as unforgiving as my conscience. My body was tucked tightly into the corner, and my knees were covered with black streaks from running mascara as I hid my face against them and sobbed.

Over the years my body had been at the mercy of what others wanted, but I had survived, and I’d taken back control over what happened to me. For the first time, I’d used my body to benefit myself instead of my family, and the rush felt…good.

The power I’d experienced the first night was an incredible high—as if I’d given the universe a giant “fuck you”. I couldn’t quite reconcile the emotional pleasure I felt that night with my painful sexual history. All I knew was that I got to call the shots. I got to choose who and what I did. The power was in my hands.

The second night, however, was much harder, and the third was nearly unbearable…and now here I was huddled in a corner, crying. I wouldn’t—couldn’t—give up, though.

“Hey, are you all right?” A pair of smooth, shapely legs came into view when I lifted my watery gaze. “Pretty new here, huh?”

Nodding, I did my best to dry my cheeks and then swiped my forearm beneath my runny nose.

“What’s your name?” she asked as she crouched down to my level.

“No, it’s not,” she said in a firm voice. “Not here, anyway. The first rule of survival is anonymity.” She paused for a moment, as if working something out in her mind. “From now on, every time you step through those doors, your name will be Lisa.”

“Lisa…” I repeated hesitantly, testing the name on my lips.

“I’m Veronica, by the way, but the clients know me as Vicki. How did you make out tonight?”

“Not very well,” I admitted. The money was better than waitressing but nowhere near what I’d been told to expect.

“You’ll need a new look to go with your new name. I’ve worked here long enough to know what the customers want. My sister owns the little beauty shop a couple of blocks over on Bridgeview. Meet me there tomorrow at noon, and we’ll get started.”

“Why are you being so nice to me?”

“Because someone helped me when I was sitting in that corner. You aren’t the first, and you won’t be the last. Someday, you’ll have an opportunity to pay it forward.”

Never to Hope is available at the introductory price of 99 cents until May 3rd, and all proceeds from sales through May 3rdwill be donated to a charity that supports homeless youth.

Aimie Grey didn’t read a single book until she was in her early thirties. One fateful day, her friend decided to put an end to the madness and shoved a steamy romance novel under Aimie’s nose. After being forced to read one of “those” scenes, Aimie went home and bought the book, and the next one, and the one after that. In the two years since, Aimie has read close to four hundred books. Somewhere along the way, she became frustrated with reading repetitive stories revolving around the experienced man seducing the still virginal woman. Aimie decided to take matters into her own hands and wrote her debut full length erotic romance novel Never to Keep.

In addition to her day job as an IT system administrator, and her new evening gig as a writer, Aimie’s primary role in life is wife and mother. Aimie lives in the Midwest with her husband and two teenage daughters. (Now you know why she needs those books!) 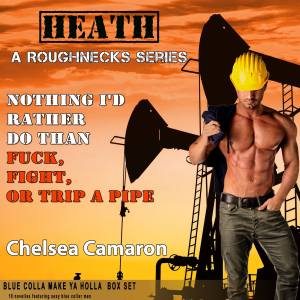 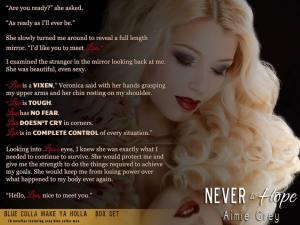 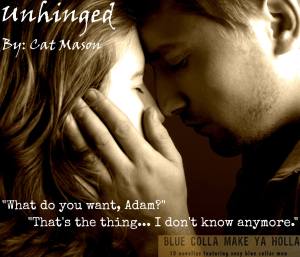 Ten novellas featuring sexy blue collar men and the women who love them!