OMG- This cover is everything!!!  Thank you Patricia Rasey! 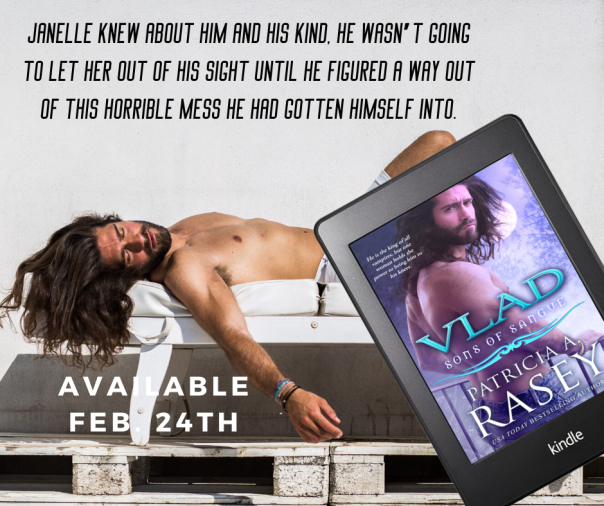 Vlad Tepes, king of the vampires, has a problem on his hands. His brother is taking out humans at an alarming rate and drawing unwanted attention, threatening exposure for their entire race. Vlad needs to stop Mircea before that happens, even if it means taking his head. In his mission to hunt Mircea down, Vlad encounters a stunning special agent who’s out to stop a killer—namely his brother. Vlad’s inability to hypnotize her presents an entirely new dilemma, putting the beautiful law officer in harm’s way.

Special Agent Janelle Ferrari chases bad guys for a living, with a little help from her strange gift of psychic visions. That is until a sinfully sexy man, claiming to be the ancient, blood-drinking Romanian ruler steps into her office. Plunged into a secret society of vampires and a mounting war between immortal brothers, Janelle’s visions suddenly go quiet, leaving her vulnerable and placing her in the crosshairs of the killer she’s determined to take down.

Vlad and Janelle must join forces to stop the psychotic vampire before more humans perish. But when Janelle becomes next on Mircea’s hit list, will Vlad be able to protect the woman who’s captured his long-dead heart?

Janelle used her palms to push away from his rock-hard chest. “What the hell do you think you’re doing? You can’t just treat me like a belonging. And smacking my ass? I should shoot you for that.”

He smiled, mischief twinkling in his gaze. “You liked it.”

“I…” She glanced away from those impossibly dark eyes so he wouldn’t see the truth. Christ, it had been a turn-on, but she’d die before admitting as much. “I didn’t.”

His arched brow mocked her. “Liar.” 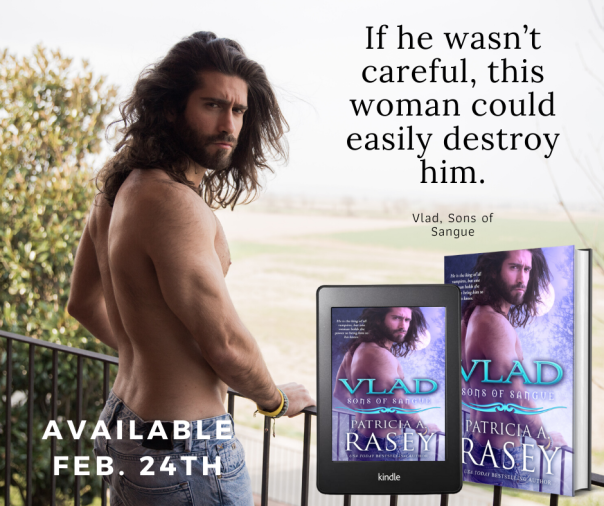