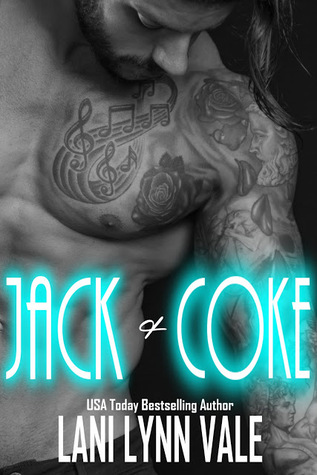 Mig’s wife is a bitch.

How else do you describe a woman that lies, cheats and steals to get what she wants?

That’s exactly what happens when she traps him into a marriage he wants nothing to do with, saddling him with a kid that he knows doesn’t deserve to be in a world like his.

He’s doing a pretty bang-up job at ignoring everything but his responsibilities as a DEA officer and a member of The Uncertain Saints MC.

Then his neighbor knocks on his door, and everything he thought he knew is blown out the window.

Annie teaches Mig that not every woman is out to get him.

Her love for Mig stretches past what’s appropriate for two friends, and Annie soon straddles that invisible boundary between appropriate and inappropriate.

Annie’s not a cheater, though.

When she tries to say goodbye, Mig won’t let her leave, and soon the tiny town of Uncertain blows up with the news of Annie and Mig’s innocent friendship.

Matters of the heart are foreign to Mig, and it takes Annie being gutted for him to see the wrong he’s done.

He waits too long, though, and Annie’s heart is broken.

She wants it all, or she wants nothing. She can’t take anymore half-hearted attempts at being just friends.

The heart wants what it wants, and it doesn’t take long for Mig to realize that.

But just when Mig finally has it all in the palm of his hand, his life is ripped to shreds by a new player in the game, and it takes all of Annie’s love and devotion, as well as help from the men of The Uncertain Saint’s MC, to put Mig back together again.

Mig lives by a code of honor that has most people wondering what is wrong with him. A total alpha man that is caught up in a bad situation. I loved and felt for Mig. His heart is like no other.  His past has him sticking to a code of ethics that are not only honorable but crazy in the same. His heart is longing for another while a new life is what keeps him walking in circles of misery.

Anne recently divorced a guy who turn into total scum while they were married. She’s a spunky and bold woman. She says what she means and what’s on her mind. Anne’s an independent woman, owning her own business and is building a new life after her years with a no good man.  This woman has a heart of gold, the patience of a saint and the will to take on the world.

Lani Lynn Vale gets me hooked every time. Mig and Anne have a roller coaster ride of a story. That’s putting it kind of light. Their chemistry is something beyond what either one of them has felt before. Circumstances do not allow them to act upon the feelings, readers feel the pain right along with Mig and Anne. Cheating is a no go for me, while this story may go to shades of gray at times it NEVER crosses the line. An honorable and admirable man suffers tremendously, while a good woman stands beside him while the one who should, wouldn’t.  Mig is a total alpha with code of morals that makes him damn near saintly. Anne is strength and patience. Two amazingly strong people have a raw and bumpy road filled with deep emotion, humor, a few crazy people and passion that is worthy of a book!

Lani Lynn Vale captures steamy passion, raw emotion and intense personality that has readers feasting on her words. Jack and Coke is a fine example of Ms. Vale’s unique writing style that captures a reader instantly and has them hanging on every word. I can’t get enough of LLV!