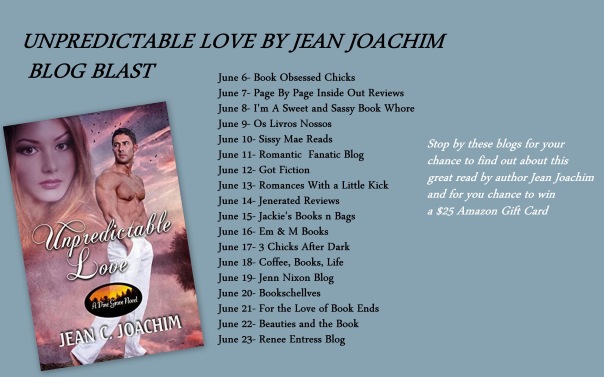 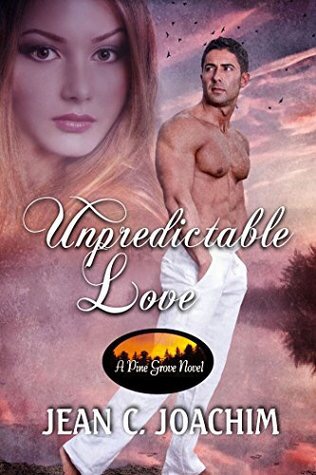 When letters poured in from SSGT Trent Stevens in Afghanistan, Jory had no choice but to correspond. Sure he’d be drooling over Amber’s bikini photo, thinking it was Jory. Since they’d never meet, what harm could it do if she sent him a few letters?

Would her charade boomerang replacing happiness with pain? What started off as an innocent ruse, morphed into a monstrous web of deceit. Maybe unpredictable love was destined to break her heart.

Jory Walker plucked three letters from the mailbox in front of the house. Two bills and one envelope addressed to her that looked like it had been through a war. It had, according to what was scratched in the upper corner.

Anger bubbled up inside her. She made a beeline for the house, only to collide with her sister.

“Amber! What the hell?” She waved the envelope in the young woman’s face.

“I just sent him one letter.”

“This is the fourth you’ve gotten from him. When are you going to write back?”

“You can say that again. Especially the part where you signed my name!”

“Laura was so convincing. I thought she meant one time. Only one letter.”

“She asked people to sign up to write to guys in the military. Not to write only one letter and include a lewd photo.”

“It wasn’t lewd, whatever that means. Just me in a bikini. I’m not good at writing. Much better at pictures.” Her beautiful, blonde sister, with a Miss America figure, grinned.

“And the reason you signed my name?”

“I always liked yours better. Besides, if he wanted another letter, I knew you’d write it for me. So, it might as well have your name on it.”

“Don’t give me that bullshit smile. I’m on to you. And the answer is ‘no.’” Jory shoved the envelope from T. Stevens into Amber’s hand.

“Please? Pleeeaassseee, Jory. You’re the writer. Not me.”

“That’s right. You’re the pretty sister, and I’m the smart one.”

Amber nodded. “I don’t mean it like that. You’re so much better than me.”

With patience, she’d fitted them together to form the image of a man she could almost touch.

Sometimes, she’d reread three or four before turning out the light. She’d tacked his picture on the wall next to her bed. He was the last thing she saw before falling asleep and the first thing in the morning. Jory had planned to wind down the correspondence, but every day she eagerly awaited mail delivery, and a new peek into the mystery man who had inched his way into her heart.

Admitting she had feelings for SSGT Trent Stevens wouldn’t happen. Jory wasn’t some foolish schoolgirl with a crush on a handsome Marine. She was a grown woman, who had been shouldering the responsibilities of an adult since she was seventeen. Her head wouldn’t be turned by a few letters and some fancy words. She was above that. Or so she thought.

Amber leaned against the doorjamb. “Uh, it’s after six, and I don’t see any dinner on the stove.”

Jory’s lips compressed into a frown. She rose from her desk, fueled by anger. “You’ve got a lotta nerve. I’m up here beating my brains out, writing four Goddamn letters to Trent Stevens. Letters you should be writing! And you’re asking about dinner? Here’s the deal. You want me to write, fine. But you’ve gotta cook.”

“Me?” Amber pointed at her own, ample chest.

“Then learn, damn it. It’s about time you did anyway.”

“And if I don’t?” A sassy look crossed her sister’s face, and she rested one hand on her hip.

“I’ll write to Staff Sergeant Trent Stevens and tell him you’re a fraud. Then, I’ll report you to Laura Dailey. They’ll drum you outta town.”

“You wouldn’t do that.” Amber frowned, but Jory saw uncertainty in her eyes.

The older one narrowed her eyes. “Try me.”

Amber chewed her lip. “Okay, okay. But not every night.”

Amber made a face and huffed down the stairs. Jory broke into a smile as soon as her sister was out of sight. That’ll teach her. Besides, she needs to learn to cook and pull her weight around here.

Every week, she deposited four letters with Nan and retrieved four from the mailbox. She marveled at how he managed to find the time to write. Sometimes, his were only a few lines. Even the shortest note said she was on his mind. He treated her as if she was special, a new experience for Jory. Her lengthy responses surprised even her, as she had never been talkative.

After a month, she felt comfortable enough to write about her parents and the traumatic events of their death.