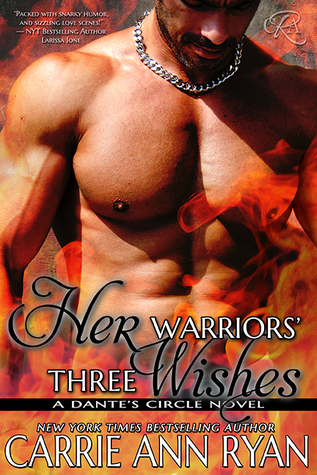 Humans aren’t as alone as they choose to believe. Every human possesses a trait of supernatural that lays dormant within their genetic make-up. Centuries of diluting and breeding have allowed humans to think they are alone and untouched by magic. But what happens when something changes?

Ambrose Griffin is older than most, if not all, civilizations. As each year passes, he submerses himself into his training, only relaxing around his protégée and friend, Shade. After losing his wife and children in the last Angelic Wars, he guards his heart and has no desire to share it with another.

Bookkeeper and romance novel enthusiast, Jamie Bennett dreams of being swept off her feet by a white knight. However, her life is no romance book. Since meeting Ambrose—a sexy, delicious angel—she’s been twisted inside out and doesn’t know why. Things are happening that she can’t control and now her life is in danger.

Balin Drake is stuck in hell, literally. His life of refusing to take souls, even though it’s part of his demon nature, has caught up with him. He’s dying and now must search for his true half, but even a mating may not save him. When he meets the two people who could fill that part, he’ll need to fight for something he hasn’t felt in over a century—hope.

Warning: Contains a rigid angel who needs a certain sexy woman to help him unwind, a book keeper who finds herself the creamy center of the best cookie ever, and a demon who has a certain taste for pressing them both against walls.

Carrie Ann Ryan entices, temps and makes the reader melt with the amount of heart and heat in Her Warriors Three Wishes.

Her Warriors’ Three Wishes is my favorite Dante’s Circle series book.  I am also a sucker for a good ménage.  I love Balin. He’s a rebel among his kind. He also had this innocent nature with his naughty ways.  I found him unique.  Ambrose had it all and it was taken away. Making him reserved and even coming off as a bit of an ass. Jamie puts herself out there and doesn’t give up. Even when her true nature is revealed she keeps her head high.

Carrie Ann Ryan puts the reader in the middle with an angel on the left, a demon on the right and they’re both talking dirty in your ears.  Holy hotness. Gregory Salinas sultry narration takes readers on this sexy and suspenseful, fast paced story that will have your ears turning red. I love the combination of all the different paranormal elements. The characters are fun, feisty, and well developed.  Her Warriors Three Wishes is a wickedly naughty listen.

A complementary copy of this audio title was provided for an honest review.