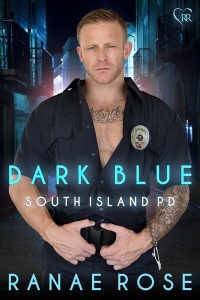 View of a eerie Tavira street in the night located in the Algarve, Portugal.

If Belle is going to get a speeding ticket, it might as well be written by the hottest cop South Island has ever seen. But Officer Jackson Calder isn’t just a daydream in blue, he’s the first man she ever slept with, and the only one she doesn’t regret.

One routine traffic stop, and Jackson’s past is back to haunt him in the most bittersweet way imaginable. Too good for him and too good to forget, Belle became a fantasy after she left the island. Now that she’s home for good in the Lowcountry, she’s a living, breathing temptation he can’t resist.

He was her first, but that was just the beginning. It’s being the last that counts.

Belle is a sweet, fun woman. Easygoing, likable and relatable. Healing from a disastrous relationship, has Belle slowing down only where is comes to men.  I loved that she want to slow things down. Become something with someone. Good morals and a giving heart. A true sweetheart.
Jackson is what I picture as a my perfect southern gentleman. He’s charming and sweet, built and good looking. An  Alpha male with just the right about of dominant and compassion to make you swoon. Jackson is a romantic, who was not afraid to show it. One of the thing I liked the most about him.
Ranae Rose’s introduction to her South Island PD series Deep Blue, heats the pages with life like passion and Southern charm.  A bit of drama and a dose of suspense, Belle and Jackson give a respectful look at what it’s like caring for someone who put the life on the line daily. Building passion, life altering events and true love make Dark Blue what I call a true romantics read.