The first in THE BIRMINGHAM REBELS series by Samantha Kane

BROKEN PLAY PROFESSIONAL FOOTBALL WILL NEVER BE THE SAME 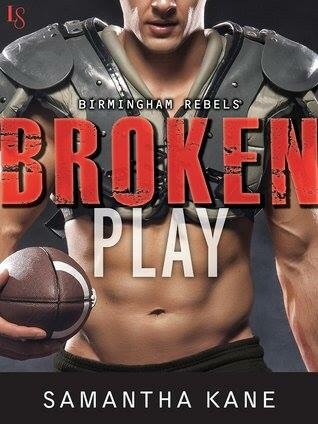 Marian Treadwell knows all about the video. And now that she’s the Rebels’ new assistant offensive coach, she can’t look at Beau and Cass without picturing their hard, naked bodies—with her pressed in between. Marian would like nothing more than to indulge those impulses, but she knows better than to get too close to her players, a bunch of adrenaline-fueled alpha males who don’t always follow the rules.

Just the thought of sharing the gorgeous yet guarded Marian drives Cass wild. At first, Beau isn’t sure she’s right for them . . . and lately, all he desires is a little alone time with Cass to explore their new intimacy. But it’s only a matter of time before Cass breaks through both of their defenses. Because when seduction is the game plan, he always plays to win.