Review: Without You by Reylynn Purdue 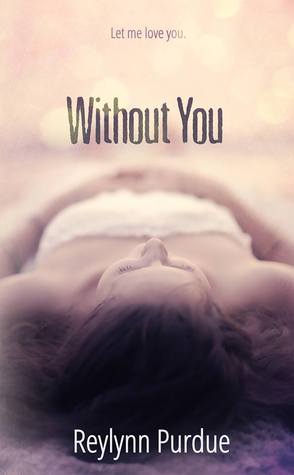 ebook
Published January 29th 2015 by Smashwords Edition
Roxanne Daniels was supposed to be spending her summer getting ready to head off to Julliard. That was the plan.

But that was before– Before she found her mother’s lifeless body– Before she walked in on her boyfriend in bed with someone else. Before she knew what heart shattering pain felt like.

Now all she wants is for the pain to go away. But it never does.

Until him. A complete stranger who could end up being much more.

But letting go and moving on is easier said than done.

3 Stars
I am kind of on the fence with Without You.  While the writing is sound and the story line did keep me reading the book.   The pages are filled with so much emotion. Both good and bad, that give a very real feel to the story.  I did however find a few of the characters really lacking for me.   Roxy’s world did fall apart in every way possible.  Emotional pain can be worse than physical at times, but is seemed like every step she took forward, two minutes later she was taking two steps back.  I don’t think I have ever wanted to smack a character so much.  She skated over her issues rather than dealing with them.  Roxy’s brother Ryan, I loved/hated.  I understood what he was doing, but didn’t like how it did it.  Big Brothers!!!
Without You is a rather long book with a cliff hanger ending.  The emotions of these pages are like riding a roller coaster.  Lots of up and downs.
A copy of Without You was provided for an honest review.

Posted on February 11, 2015, in Review and tagged 3 Stars, Contemporary, New Adult, Reylynn Purdue, romance, Smashwords, Without You. Bookmark the permalink. Leave a comment.